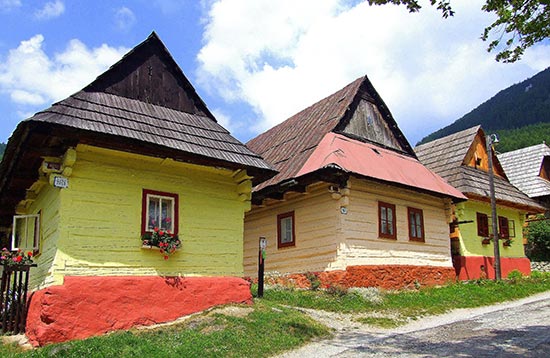 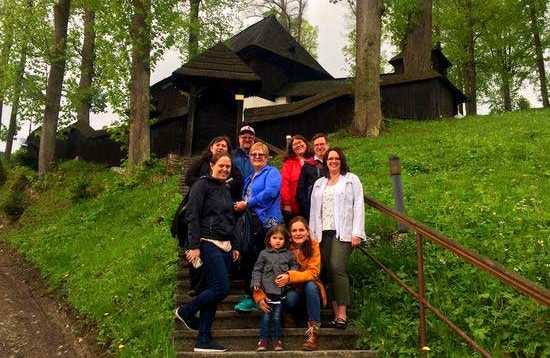 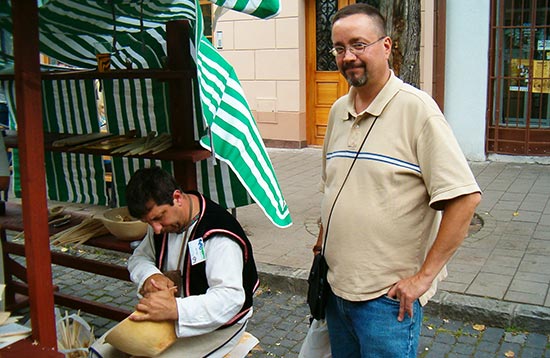 Banska Stiavnica is one of the most important centres of former gold and silver mining, mining science, technology and education in Europe. Urban and mining rights received as early as 1238, but the mining and processing of metals, especially gold and silver dating back to the Bronze Age. Many German mining experts came to Banska Stiavnica in the Middle Ages and brought their new progressive knowledge extraction from ore. Based on Decree of Maria Theresa in 1735 there was founded the first mining university, which was also the only high school of this kind in the world and has become a model for the later emergence of polytechnics in Paris. 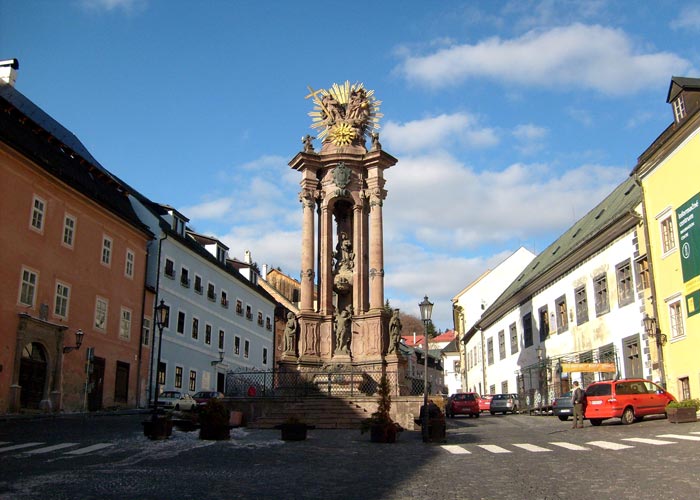 Spis Castle and cultural monuments surrounding the castle - since 1993

Levoca, Spis Podhradie, Spis Chapter and the church in Zehra is a unique historic residential unit. Spis castle dates from the 12th century and it is one of the largest castles in Central Europe. History of Spis Podhradie and Spis Chapter is closely related to Spis Castle. Spis Podhradie, as Spis Castle ward, later became a separate town with crafts and agriculture. Spis Chapter is a small church town built around the St. Martin's Cathedral. Gothic church of the Holy Spirit in Zehra of 14 Century has an interior fully decorated with frescoes of 14 and 15 century. The fresco is an entire gallery and guidance, a kind of bible of the poor, whereby believers remember the main truths of religion.
Levoca is located in eastern Slovakia in Spis region. Levoca has still preserved medieval town walls that enclose several historical monuments. Their oldest part originated in the 14th century. Levoca has almost completely preserved fortification system: of the15 bastions and towers have been preserved 6, of which 3 gates - Kosice gate, Polish gate and Menhard gate. 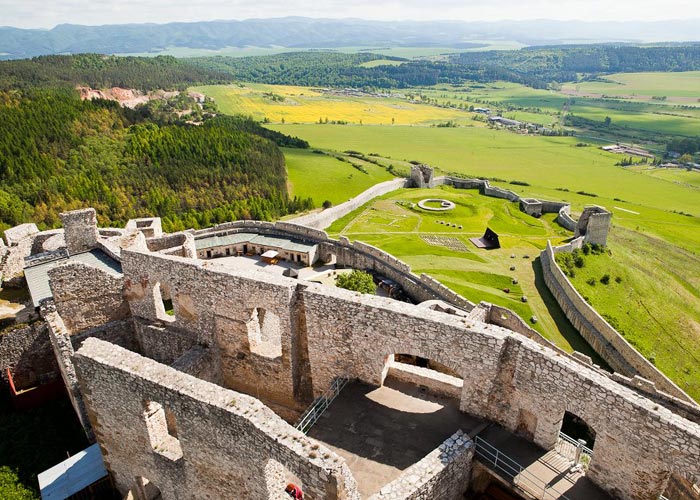 Vlkolinec is located at the southern foot of Sidorovo peak, at an altitude of 718 m. The first written mention is from 1376. More than 40 original, inhabited wooden houses is an example of the former Slovak mountain village. There is also the Museum building - Farmer's House with original housing exhibition and information centre. The village is dominated by rustic wooden belfry from 1770. Heraldic rose with an evergreen tree on the sward is the symbol of the village. 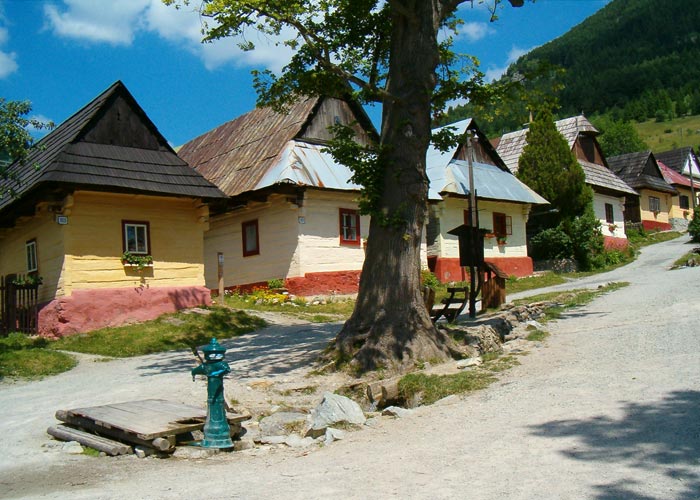 Several caves in the Slovak Karst were included in the UNESCO World Heritage List together with caves on Hungarian territory. Successful Slovak-Hungarian project with the title Caves of the Slovak and Aggtelek Karst included Slovak caves as well. The caves are located in the district of Roznava and Ves. In 2000 this inscription also included the Dobsinska Ice Cave. 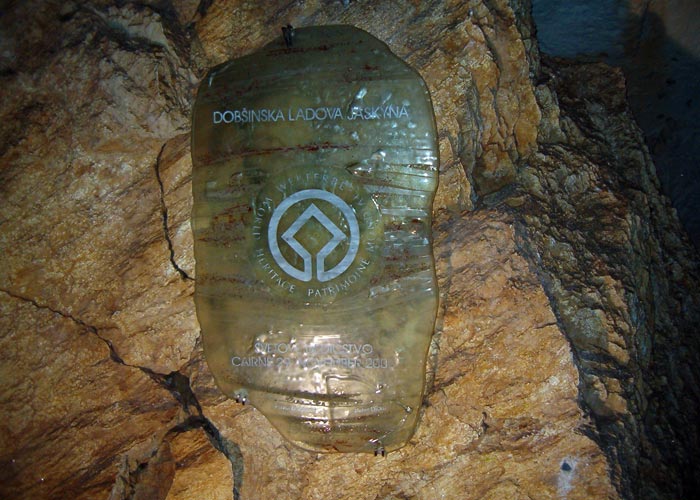 The first written record of Bardejov is from 13 century. The highlight of the economic development of the town was in 15 century, especially when the townspeople got rich production of records. The town was centre of trade and crafts; it had brewery, brick plants, slaughterhouses, urban scale with adjoining spas and mills. Longitudinal central square is the most important part of the town. It hosts important urban architectural, artistic, historical and cultural structures and values. The most important monuments include the Gothic Church of St. Egidius of 14 century, former town hall from 1511, which is associated with late form renesance elements, Gothic townhouses, Greek-Catholic Church, fortifications and a set of former Jewish baths, synagogues, economic and residential buildings. 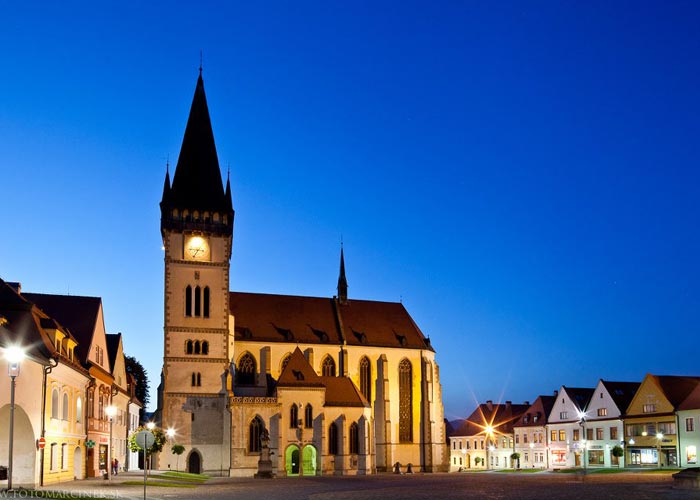 Primeval Beech Forests of the Carpathian Mountains - since 2007

The primeval beech forests of the Carpathians in the Ukraine and in Slovakia were added to the UNESCO World Heritage in 2007. Thanks to this fact, the Carpathian primeval beech forests of Stuzica, Rozok and Havesova in the Bukovske hills Mts. and Vihorlatsky primeval forest in the Vihorlatske hills Mts. in protected area Vihorlat are of world importance. The first three of them are situated in the area of the Poloniny National Park. 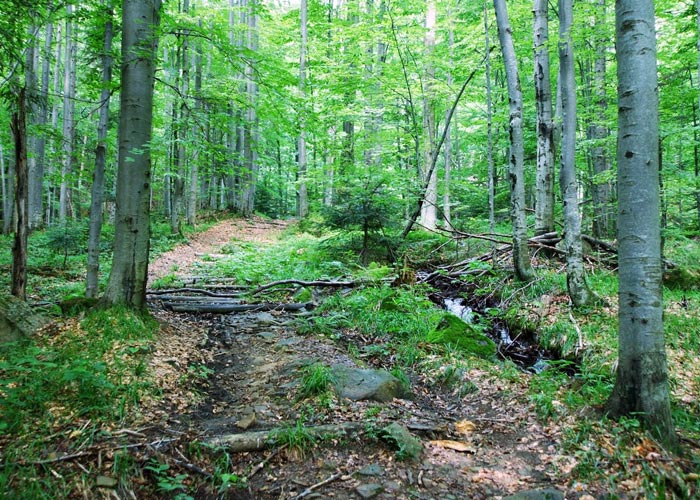 In 2008, eight historic wooden churches located in the north-eastern Slovakia entered into the UNESCO World Heritage List. Received the highest award that can be obtained. The oldest church dates from the 16th century and some are still held worship. 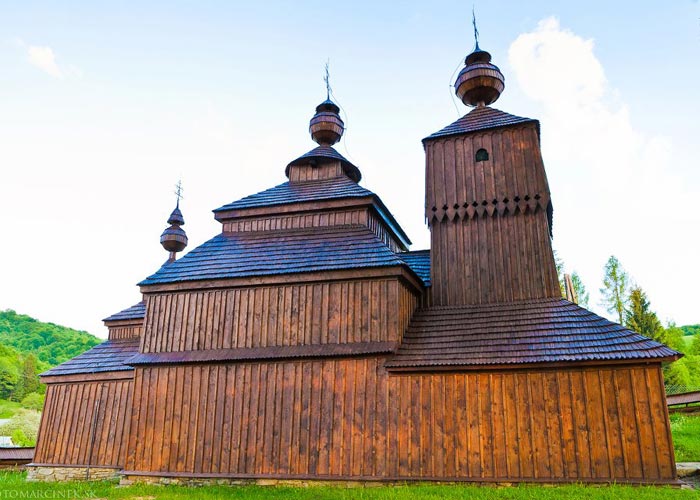