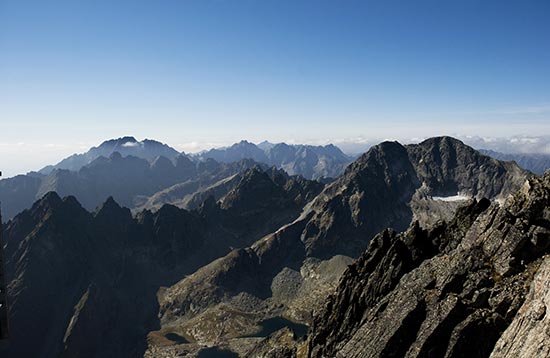 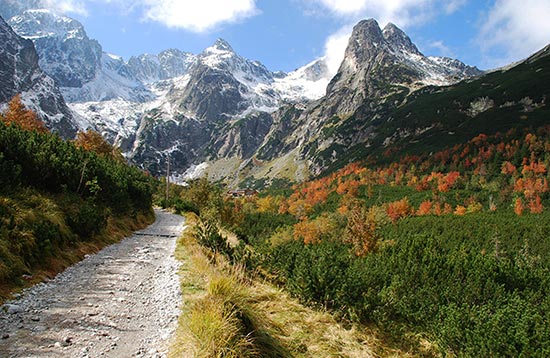 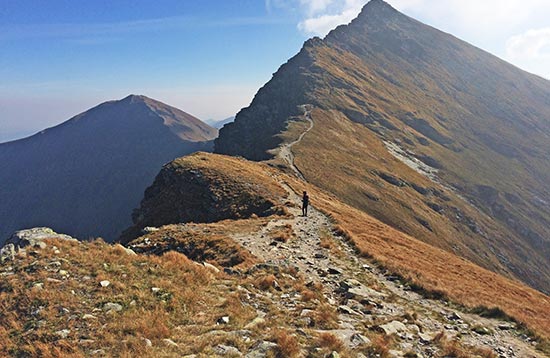 Enjoy journey across the breadth of the Carpathian mountain range. There is selection of walks and hikes that will introduce you to the diverse landscapes and cultures of the Carpathians. The Carpathians begin to rise in earnest in a jumble of forest-clad ridges. You can choose hiking in the largest national park – the Low Tatras, national park with the highest peaks – the High Tatras, the most varied national park – the Slovak Paradise, the northest and smallest – the Pieniny National Park, the wildest - the Muranska Planina National Park. These mountains are included in itineraries of our Slovakia tours. 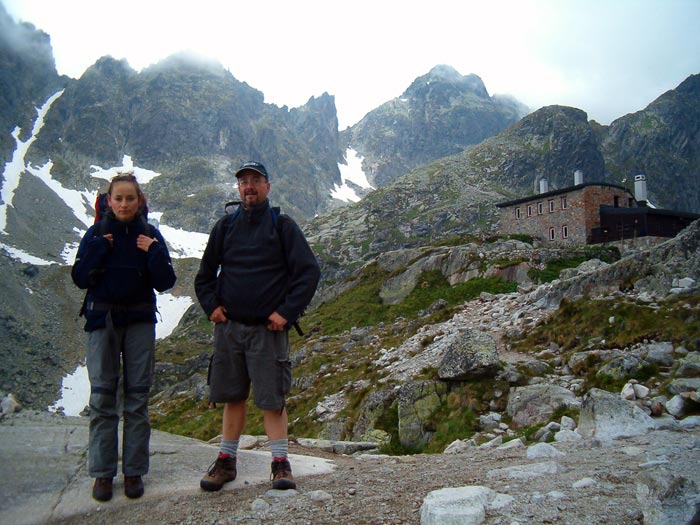 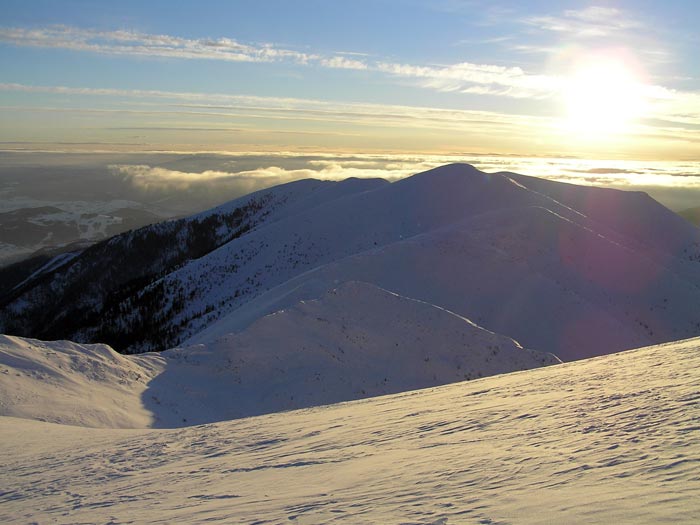 Low Tatras are the second most visited mountains in Slovakia. Low Tatras mountain range extends over a length of 80 km direction from west to east between picturesque valleys of Vah and Hron rivers. Three main ridges achieve height of 2,000 m with the highest peaks Ďumbier (2,043 m), Chopok (2,024 m), Dereše (2,004 m), Chabenec (1,955 m) and Kráľova Hoľa (1,948 m) . Nevertheless, especially in the eastern part , between saddle of Čertovica and Kráľova Hoľa, there are primeval forests with a lot of wild animals, including the bear. These almost untouched forests offers many interesting hike trails. Very attractive is ridge from Chopok to Čertovica , which provides magnificent views of the valleys to the north and the south . 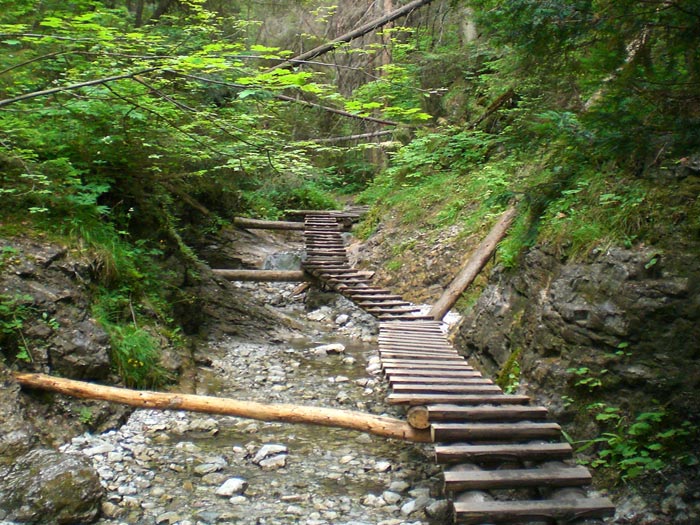 Slovak Paradise National Park is situated in the eastern part of Slovakia. Originally, the whole region of the national park was a large territory, later divided by the rivers (Hornád and Hnilec) and the creeks (Veľký Sokol, Suchá Belá, Biely potok) into several larger and smaller plateaux (Glac, Geravy). During the thousands of years the creeks formed gorges with waterfalls (Kyseľ, Piecky, Sokolia dolina), that are typical for the Slovak Paradise. On the plateaux, there you can find a large spectrum of karst formations, underground caves and holes (Dobšinská ľadová jaskyňa-Dobšinská Ice Cave, Stratenská jaskyňa-Stratenská Cave, Medvedia jaskyňa-Bear Cave). The most visited route is in the northern part of the Slovak Paradise where are situated two main tourist centres of this region: Čingov and Podlesok. They are connected together with15 km long attractive marked route, leading through the canyon along the Hornád river. Through the canyon you get following the green marked path of the Mountain rescue service. You will walk through a very narrow valley with 150 m high slopes on the both sides - on some places just a few metres far apart. The highest waterfall is Zavojovy waterfall falling from rocks 65 m high into the valley in Sokolia dolina (Falcon Ravine). 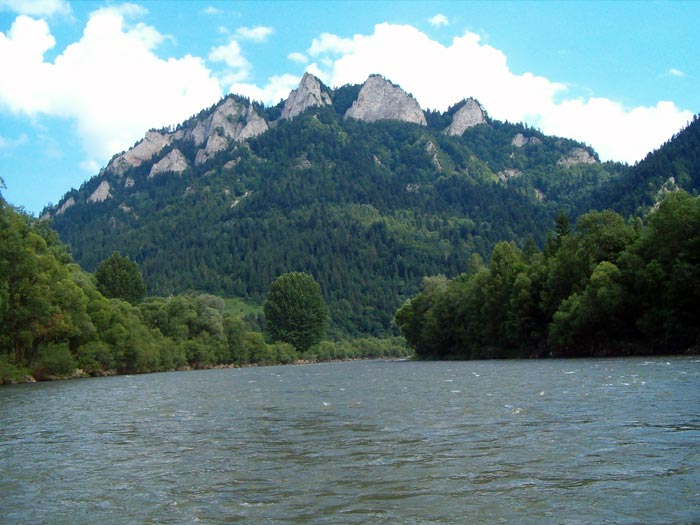 Pieniny are a part of klippen area, that is situated in between of inner as well as outer Carpathian Mountains. The whole calcareous range stretches for more than 30 km from west to east but is no more than 5 km wide. The most spectacular section of the Pieniny Mountains is transboundary protected - Pieniny National Park. The best known peaks are the Tri koruny (982 m above sea level), the Sokolica and Czertezik, both rising to about 1,000 m above sea level, and all towering about 300 m above the level of the River Dunajec. All the peaks are famous for their breathtaking views. Many tourists have enjoyed a rafting trip on the Dunajec River in the summer months. This attraction, usually open from 1st of April till 31 of October, has been trilling visitors for more than 165 years. 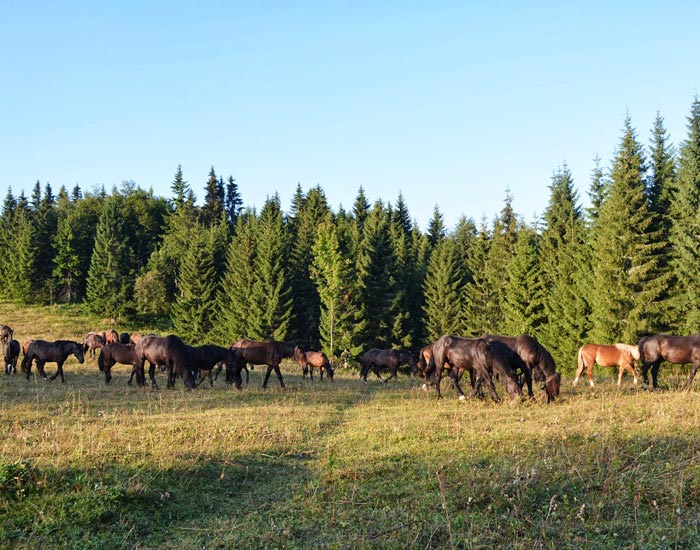 Muran Plateau National Park with uncountable threatened plant and animal species is a unique karstic relief. The territory contains numerous karstic springs, swallow holes and jets, more than 300 caves and 15 abysses. Wild horses of the Slovak breed Norik muránsky can be seen mainly on Veľká Lúka. One of the entrances to the national park is Muráň village, above which the ruins of the Muráň castle are preserved. Muráň castle is located on top of Cigánka cliff.